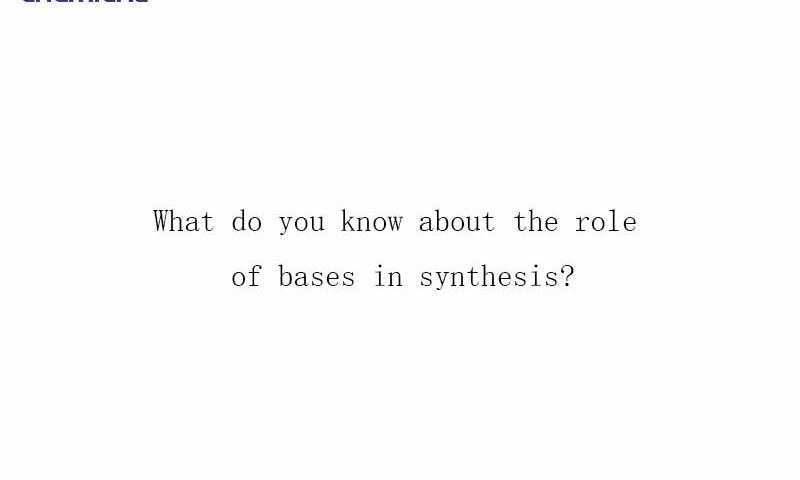 In general, in organic synthesis, alkali mainly plays the following five functions: first, to grab protons (namely, we usually call hydrogen extraction); The other is to neutralize the protons in the reaction system (what is commonly called an acid binding agent); The third is the activation catalyst (we have a lot of palladium-catalyzed reaction into the catalytic cycle system is BA (0), but we usually add ba(2), which is the activation of the base in the middle); The fourth is to promote catalyst regeneration; Five is itself used as a catalyst.

And alkali how these effect in the reaction, we all know that some add different alkali reaction difference is not big, but some even join with series of alkali reaction are also different, it has a great relationship and mechanism of alkali, alkali in the reaction and the influence of many factors, such as the kinds of alkali, alkali, alkaline strength, the size of the degree of solubility in different solvent settlement and so on. For inorganic base in general, the cation in base mainly affects its solubility and the interaction with substrate. The anions in the base mainly determine the coordination mode and stability.

In many reactions, the choice of base is often a matter of luck, sometimes it’s right once, sometimes it’s several times, and this is also the case in a lot of literature when you do coupling reactions, you usually include base as an optimization data in the article. For example, when doing the Suzuki reaction, why the reaction chooses potassium phosphate rather than potassium carbonate, cesium carbonate, potassium hydrogen phosphate, sodium phosphate, etc., this is not easy to explain, except that this base reaction is better than that one. And a lot of the reactions if the inorganic base is doing well, then you don’t do well with the organic base most of the time, but if you measure the PkA of the two bases, it’s kind of interesting.