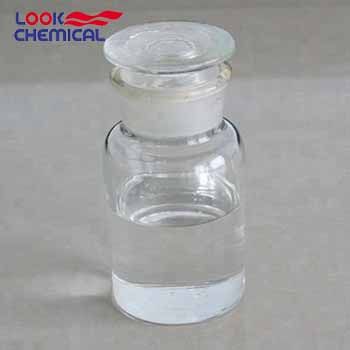 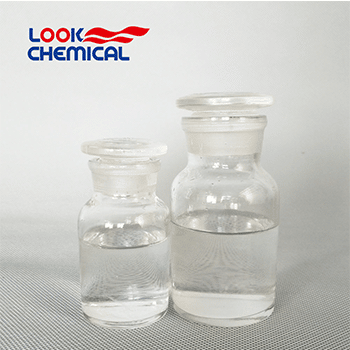 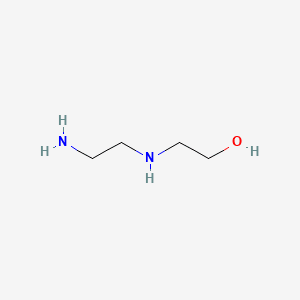 Send Inquiry
Get A Quote

Aminoethylethanolamine, also known as 2-(2-Aminoethylamino)ethanol or curing agent No. 1 or AEEA, is an organic base. Molecular formula C4H12ON2, its molecule contains both active amino and hydroxyl groups, has strong polarity, and its chemical properties are similar to ethylenediamine.

At the same time, it also has the chemical properties of ordinary alcohols and has multifunctionality. It can react with inorganic acids, organic acids and various organic compounds to form salts, aminolysis, esterification and condensation at the same time to generate various derivative products.

Appearance is light yellow to yellow viscous liquid, non-irritating. It is hygroscopic, strongly alkaline, and has a slight ammonia odor. Soluble in water and ethanol, easy to absorb moisture, can absorb carbon dioxide and water from the air, and has good compatibility with epoxy resin.

Aminoethylethanolamine is mainly used as a raw material for cationic and zwitterionic surfactants. It can also be used as epoxy resin curing agent and raw material for other fine chemical products.

Aminoethylethanolamine (AEEA) can be used as a raw material for the production of light stabilizers and vulcanization accelerators in the paint and coating industry, and the carboxylation of amino groups to generate metal ion chelating agents.

It also has certain uses in petrochemical and other aspects.

Aminoethylethanolamine can be used as a raw material for surfactants to produce amphoteric imidazoline surfactants with excellent performance in various shampoos, bath liquids and personal and industrial cleaning agents.

Also used in cosmetics. It is obtained by acylation of ethylenediamine with fatty acid to generate amide, which is then reacted with ethylene oxide. It can also be obtained by the reaction of fatty acids and aminoethyl ethanolamine. A variety of alkyl imidazoline derivatives series of surfactants can be prepared by sulfonation and sulfation reaction of alkyl imidazoline and its hydrolyzed amidoamine.

Aminoethylethanolamine is also commonly used as a curing agent and a wetting agent, and can be widely used in bonding various metals and non-metals, preparing anti-corrosion epoxy coatings and chemical grouting agents.

As a curing agent, it is mainly compounded with epoxy resin, such as for non-metal and metal bonding, and can also be used for casting of machinery, electrical parts and cable joints.

The active period of the curing agent is about 25 minutes at 20 °C, the curing speed is about twice slower than that of ethylenediamine, and it has a plasticizing effect.

Corrosion inhibitor 1017 was synthesized with aminoethylethanolamine as one of the raw materials. In the synthesis process, 2-(2-Aminoethylamino)ethanol was used to react with oleic acid to synthesize hydroxyethyl imidazoline, the product was then reacted with propylene oxide to generate polyoxyalkyl imidazoline, and finally 33% oleic acid was added to compound into polyoxyalkyl group imidazoline oleate.

Compared with French PR, its slow release rate of iron ions is similar, and at the phase transition position, that is, the most severely corroded position, it is significantly higher than that of French PR.

Like flue gas desulfurization, organic amine scrubbing has been the method of choice for CO2 capture from flue gas, and the technology began to be used in the nineteenth century.

As an intermediate in organic synthesis, aminoethylethanolamine is the side chain of the anticancer drug mitoxantrone. After synthesizing 1,4,5,8-tetrahydroxyanthraquinone, adding 2-(2-Aminoethylamino)ethanol dropwise and stirring continuously, the crude product of mitoxantrone can be synthesized, and the product is a paste-like viscous liquid.

For aminoethylethanolamine (AEEA) solution or related products, please contact us directly. Professional production and perfect service will surely satisfy you.

I’m william, CEO of Look Chemical Co., Ltd. Welcome to visit our company. As China’s top Global Supply Specialist of chemicals, we have always been adhering to the principle of “service first, quality first, mutual benefit”, and we insist on Create value for customers and grow together with customers.

In the past few years , we have provided efficient and satisfactory services to more than 6000 customers and have been widely praised internationally. In the future, we will strive to provide more than 100,000 customers with professional and thoughtful services, and strive to become your first choice for worry-free purchasing chemicals in China , Hope to bring you a good cooperation experience. If you have any questions, please feel free to contact us.

Look Chemical manufacturers provide customers with greater profits because there are no middlemen to make the difference.

* Timely reply and 24 hours online, the professional team will provide you with the most favorable prices and high-quality products.

* The sample supports testing and inspection.

* Each batch of products will be tested to ensure that its quality meets user needs.

*Packaging can also be made according to customer requirements.

*Any inquiries will be answered by our relevant personnel within 24 hours.

*We will monitor the logistics information in real time and will share the information with you.

* You can consult us at any time if you have any questions about the product, and we will answer you in time.

*If you have any questions about the product, you can report it to us, we will deal with it in time for you, and the product can be returned.

DO YOU ACCEPT SAMPLE ORDER?

Our MOQ is 1kg. But usually we can also accept a smaller quantity, such as 100g, if you need it, provided that the sample fee is 100% paid.

IS THERE A DISCOUNT?

HOW TO CONFIRM WHETHER THE PRODUCT QUALITY MEETS OUR NEEDS BEFORE PLACING AN ORDER?

You can consult us to get free samples of some products, you only need to pay the freight or arrange express delivery to us and get the samples. You can send us the product specifications and requirements you need, and we will manufacture products according to your requirements.

DO YOU SUPPLY PRODUCT REPORT?

Yes. We’ll give you product analysis report before shipping.

LEARN MORE ABOUT US

2. For products ≤500kg, we generally recommend air freight, which is usually called FOB, CFR or CIF service (fast and efficient).

3. For products >500kg, we generally recommend shipping by sea, which is usually called FOB, CFR or CIF service (economical, safe).

4. For high-value products, please choose air or express to ensure the safety of product transportation.